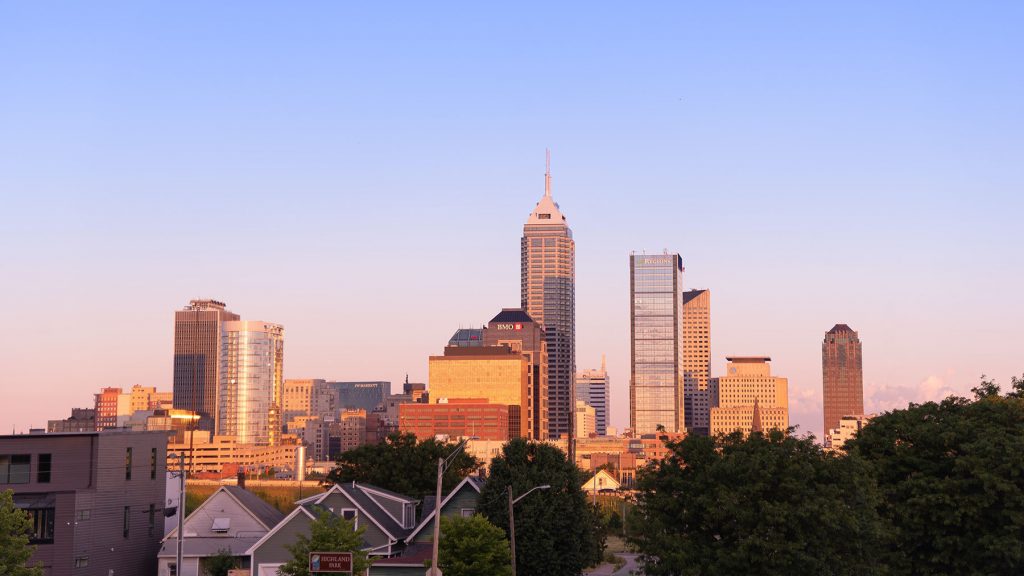 Where can you find restaurants that routinely appear on the James Beard nomination list, the largest gaming convention in the world, and be guaranteed to see live March Madness action on a regular basis? Here's a hint...it's the same place that has a 25-mile long bike trail that spans from downtown to the suburbs along with 212 other parks that have 153 miles of trails. The answer? Indianapolis. More commonly known as Indy, the Circle City truly has it all.

Each area of Indianapolis has its own characteristics and name. Here are some popular neighborhoods and suburbs around Indy to explore.

Broad Ripple is known for its nightlife, but it’s bustling during the day too! Located six miles from downtown Indy, Broad Ripple is home to boutiques, vintage stores, restaurants, and coffee shops galore. The neighborhood is highly walkable and has connections to The Monon Trail and the Central Canal Toepath. Broad Ripple Park is 62-acres, has a public swimming pool, and bark park. Broad Ripple hosts its own Farmers’ Market on Saturday morning and other popular neighborhood events are the annual Duck Race, Fall Home Tour, and Lights Up! Holiday parade.

Mapleton Fall Creek was named for the huge groves of sugar maples and Fall Creek waterway, which serves as one of its borders. Mapleton Fall Creek offers easy access to both Fall Creek Greenway and Monon Trail along with three pocket parks. It’s close to the Indiana State Fairgrounds and offers easy access to downtown Indianapolis. Another fun perk of living in Mapleton-Fall Creek? Residents in this area are eligible for free membership at the award-winning The Children’s Museum of Indianapolis!

Meridian Kessler has all types of homes from small bungalows to mansions which line Meridian Street. This historic neighborhood has an active neighborhood association, which is more than 50 years old. Meridian Kessler also boasts numerous Midtown independent shops and restaurants, many of which are within walking distance. Each fall, you can peek into neighbors’ historic homes on the annual MK Home Tour.

Located only a mile from downtown Indianapolis on the near eastside, you’ll discover a treasure trove of Victorian-era homes that surround beautiful esplanades with fountains. Woodruff Place itself was added to the National Register of Historic Places in 1972. The gorgeous homes are located on three drives, aptly names East, West, and Middle. In the summer, people come from all over the city for the annual Woodruff Place Flea Market.

Fountain Square is one of Indianapolis’ six cultural districts and is home to vibrant entertainment, including the iconic Fountain Square Theatre complete with two vintage duckpin bowling alleys. The connection to the Indianapolis Cultural Trail, an 8-mile bike trail throughout downtown Indianapolis, makes it easy to get anywhere downtown by bike or foot. Many of the homes in the area have been renovated and many can be seen on the popular HGTV show, Good Bones. Fountain Square is funky, artsy, and retro. It’s anything but square!

Cottage Home is an adorable neighborhood on the near eastside of downtown Indianapolis that gets its name from the many cottage-style homes in the area. Pogue’s Run, a local waterway, runs through the neighborhood and there’s also a neighborhood playground. There’s easy access to downtown, Monon Trail, and Indianapolis Cultural Trail. There’s an active neighborhood association since it’s a close-knit neighborhood of only 150 homes that plans events all year long including the can’t-miss Cottage Home block party that occurs each fall.

Chatham Arch is located in the heart of the Mass Ave Cultural District, which is known for its arts and theater scene. Walk to restaurants and local shops and enjoy easy access to the Indianapolis Cultural Trail. As one of the oldest neighborhoods in Indianapolis – it’s on the National Register of Historic Places – it’s full of charm and character. This urban neighborhood has homes, townhomes, condos, and apartments offering lots of living choices.

Located less than a mile from Monument Circle in the heart of downtown. Bordered by the American Legion Mall, this area is super walkable to local coffee shops, restaurants and nightlife. The housing is a mix of row house buildings, Civil-war era cottages, other historic homes with a mix of new condominiums.

Located between I-65 and 16th Street the Old Northside is known as one of the premier historic districts in the Midwest. It too is on the National Register of Historic Places and features homes with stunning architecture. Former U.S. President Benjamin Harrison was once a resident and you can tour his former home. Their premier event is Plunder in the Park, an annual pirate-themed event but their active neighborhood association has social events year-round.

Herron Morton Place is just north of downtown as its southern border is 16th Street and it extends to 22nd Street on the north. The active neighborhood association encourages property owners to restore their properties to their original, historical state. Famous Hoosier artist, T. C. Steele was a resident of Herron Morton Place, which is appropriate as Herron High School is now located there. Herron-Morton Park provides the perfect place to relax and the neighborhood is on the National Register of Historic Places The highlight of the year is Oktoberfest, which is a not-to-be-missed annual celebration.

Rocky Ripple is a small town on the northwest side of Indianapolis located in Washington Township. It’s near Broad Ripple and Butler University. Its population is approximately 700 people who enjoy living along the White River. A community garden is a popular feature of Rocky Ripple’s Hohlt Park. Rocky Ripple has its own Town Marshal and neighborhood leadership.

Butler Tarkington is on the northwest side of Indianapolis and is bordered by the Central Canal, Michigan Road, Meridian Street and 38th Street.  In addition to residential houses, the neighborhood is home to Butler University, Christian Theological Seminary and Crown Hill Cemetery, and the Governor’s Mansion. The area is popular for its access to the Central Canal Toepath and its multiple parks including the 10-acre Tarkington Park.

Irvington is 5 miles east of Indianapolis and was the original home of Butler University. It’s now the largest neighborhood to be on the National Register of Historic Places and is filled with character. The homes are on tree-lined streets and popular restaurants draw residents from all over the city.  Residents can relax in Ellenberger Park – a 42-acre oasis. Irvington is known for its legendary Halloween festival, a week-long celebration which happens each October.

Glendale is home to many shops and restaurants, many of which are located near the Glendale Town Center, a local shopping mall.  A local branch of the Marion County Library and movie theater are also located inside the mall. Located northeast of downtown, this neighborhood is close to Broad Ripple also.

Carmel is a northern suburb of Indianapolis located in Hamilton County. Known for its more than 100 roundabouts, Carmel is also home to The Center for Performing Arts with multiple plays, symphonies, and concerts each year. Carmel is known for its excellent schools, whose sports teams excel at sports. A lively Arts & Design District is home to galleries, shops, and popular restaurants. You can ride a bike on The Monon Trail all the way to Broad Ripple! On the Fourth of July weekend, CarmelFest is always a crowd-pleaser. The suburb’s population is more than 100,000 residents.

Northeast of Indianapolis, nestled between Carmel and Geist, you’ll find the thriving suburb of Fishers with a population of more than 100,000 people. Fishers is home to Conner Prairie, a colonial living history museum and home to one of Indy’s favorite summer traditions, Symphony on the Prairie. There are numerous restaurants, acclaimed breweries, a maker’s space, 5 golf courses, 24 parks, and 132 miles of nature and recreational trails.

Looking for waterfront living? It is available in Geist! Home to Geist Reservoir, the 3 square mile body of water is popular for boating, fishing, and swimming. It is so large it spans three counties – Marion, Hamilton, and Hancock County. It is close to Fishers, another popular suburb with endless shopping and dining choices.

Westfield is a suburb north of Indianapolis – it is even north of Carmel. It is a popular destination for families with kids who play youth sports, as it is home to the largest sports campus in the Midwest, Grand Park. Grand Park is a 400-acre park with more than 50 fields/diamonds, three indoor facilities, and is where the Indianapolis Colts hold Training Camp before each season. Westfield also offers a connection to the Monon Trail and has 11 green spaces and 2 golf courses. The population of Westfield is approximately 44,000 people.

Cobblestone streets lined with shops and restaurants are largely responsible for Zionsville’s charm. Its summer Farmer’s Market and large park, which is home to Little League baseball and softball games, make it an ideal place to raise a family. Zionsville also boasts an 80-acre nature park and has a bike trail called the Big-4 Rail Trail. It was named one of the Best Small Towns in America. It is located on the northwest side of Indianapolis. Zionsville’s population is approximately 30,000.

GET THE LATEST on buying and selling homes in Central Indiana

Be the neighbor in the know! Subscribe and get the latest market trends, buying and selling tips and tricks and the newest listings sent directly to your inbox. 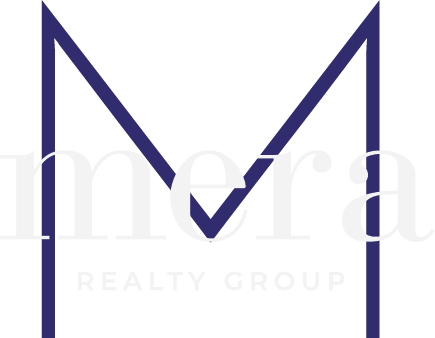